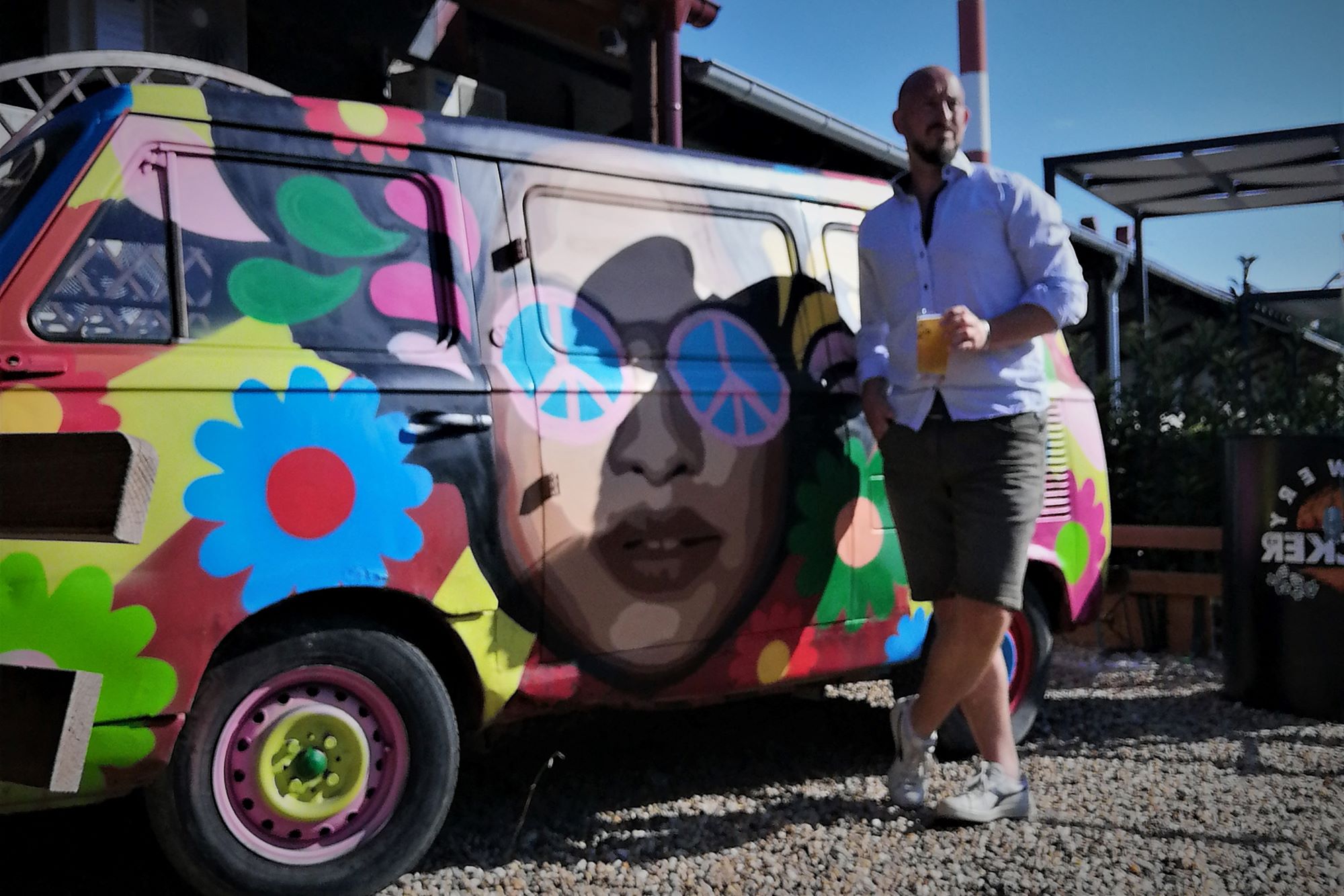 Belgrade will not disappoint you if you enjoy small microbreweries. The Serbian capital houses quiete a number of Craft Beer places, such as the Docker Brewery and beer garden. Click here for more!

Belgrade totally got me with its vibrant, lively atmosphere. Especially the central quarters of Dorćol are packed with cool bars and cosy cafés. Therefore I was not surprised to find quiete a number of decent beer inns and local craft brewers. Two of them, Dogma and Docker (yeah, the sound alike, but are each speacial!) I want to intrudoce to you on The Central European. Right here I will give you a brief idea of the nice brewery of Docker (my other suggestian, Dogma, is available at this site).

Docker is situated only a walking distance away from the Belgrade´s city center and especially easy to reach from the fancy quarters of Dorćol, though the last meters are maybe not really nice to walk (well, Belgrade…). This is becauce of the docks next to the Danube that – nomen est omen – house the Docker brewery. If you walk on for some 15 minutes, you would already see the Belgrade Silos, nowadays a cool subculture and event place (map / webpage). So the area seems uprising – and the beer is most certainly worth going here!

The Docker premesis combine brewery, taphouse and beer garden. Indoors you will find a simple, rather modern and spacy hall, offering seats even for bigger groups. To watch the brewing itself is kind of standard for modern craft brewers and of course possible at Docker: The equipment is situated right at the end of the seating area. Personally, I prefered to sit outside, where a second bar will serve you in order to speed up the process of bringing beers to the custome.

But – of course – you come here for the beer, not for the seating. And the Docker beers do indeed cover the full range of styles. I had a few very decent IPAs, but you can drink Lager, dark beers or sours, too.

So, if you are ever in Belgrade: Go down to the docks and have some Docker beers!

Want to read more? Have a look at my travel-report about the lively city of Belgrade (in German)

Still thirsty? See the complete list of hidden Craft Breweries all over Europe! 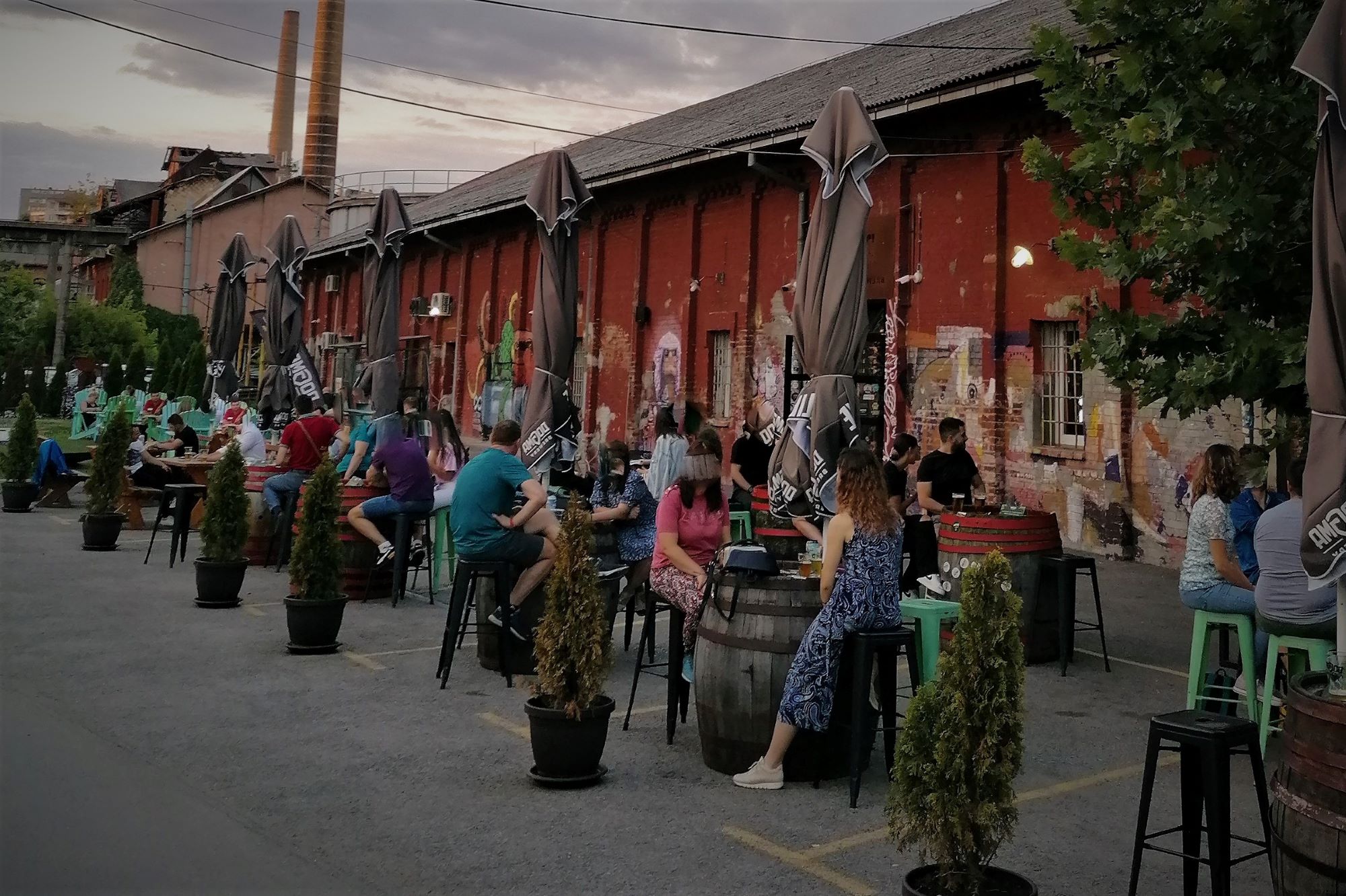 Belgrade totally cought me with its lively atmosphere, vibrant bars and cool Craft Beer breweries, such as Dogma Brewing. Slightly at the edge of central Belgrade, you will certainly enjoy this great industrail style taphouse!

Belgrade totally cought me with its vibrant, lively atmosphere. Especially the central quarters of Dorćol are packed with cool bars and cosy cafés. However, not only the very center of city offers a great Craft Beer experience. It is hard to name all of Belgrades local breweries in this blog, but two I would like to intrudice to you: Dogma and Dockers (the later you find my report over here).

So there is Dogma Brewery, believers of great, well-hoped beers. The brewery´s credo says „In hops we believe“ – and so do taste the beers! However, the taproom offers much more than only hoppy Pales Ales, IPAs or NEIPAS, but some decent sours or a german-style Lager, too. Up to twenty changing taps, fancy displayed on modern digital screens, and several cans and bottles are waituing for you to make your choice.

The area itself is again an old indistrial estate, today party brewery and party taphouse, but with plenty of outdoor seating, too. I want on one of Belgrades hot summer days and people completely filled both, the inside and the outside area, some looking for some sunbathing with a chilled pint, others prefering air condition.

As you can derive from that, Dogma Brewing is not a secret spot on Belgrade. It is actually rather of of the big Craft Beer brewers in all over Serbia, covering many bars all over town and delivering its beers to a remarkable number of other European countries. Despite this it keept it hippster, cool atmophere and the Brewpub still gives you the idea of underground drinking.

As mentioned, Dogma Brewing is not in the very center of Belgrade any more, but still central. Anyway, walking here is kind of a hazzle, as often in Serbias capital. So you might want to take the bus to Ada Ciganlija, which is the next door recreation and bathing area, the the public transport here is really good.

So, if you are ever in Belgrade: Dogma Brewery and its taphouse is your place for notable hoppy ales!

Want to read more? Have a look at my travel-report about the lively city of Belgrade (in German)

Still thirsty? See the complete list of hidden Craft Breweries all over Europe!