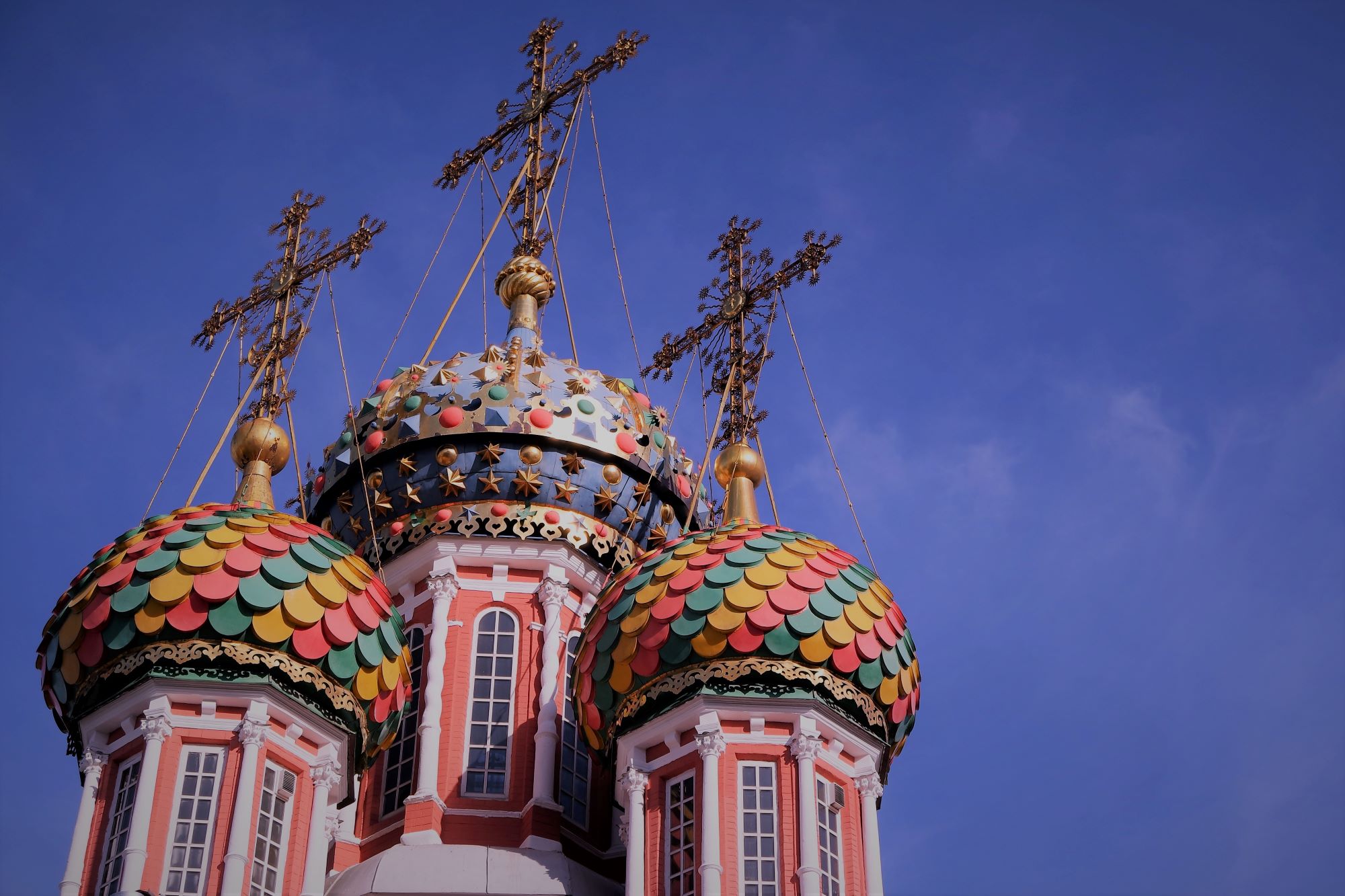 Nizhny Novgorod, where the Oka meets the Volga, will welcome you with giant monuments and a lot of culture. Read this to find out why you should go east on your next journey!

Russia is not on your travel-list yet? What a shame, there is so much to see, especially leaving Moscow and St. Petersburg behind. Take Nizhny Novgorod for instant. You might have heard of it, as the Football World Championship of 2018 did stop by here. With 1.2 million inhabitants it actually is No. 5 in Russia. But that is not why you would come here. So why should you?

It is the river – nor, better, plural, rivers! – that you must have seen: Right in the city center the vast Oka hits the giant Volga. That is quiet a thing so see! The spot where the two rivers meet is marked by an orthodox churche and someone decided to put the WC stadium here, too. On another side of the town you can cross the Volga with a cable car. And it is a huge, huge flow you will look down at.

Then again there are the Tschkalow-stars, uncountable steps going higher and higher. German soldiers, prisoners of war, had to build these after Word War II. Because Nizhny is actually located on a hill high above the waves of the Volga. On top, just where the old city center is, you will find a kremlin, maybe not as big as in Moscow, but still amazing. And, of course, churches, a lot of orthodox churches.

So, if you like adventure (and feel easy with people not really speaking much English): Go for Nyzhny, it is breathtaking!