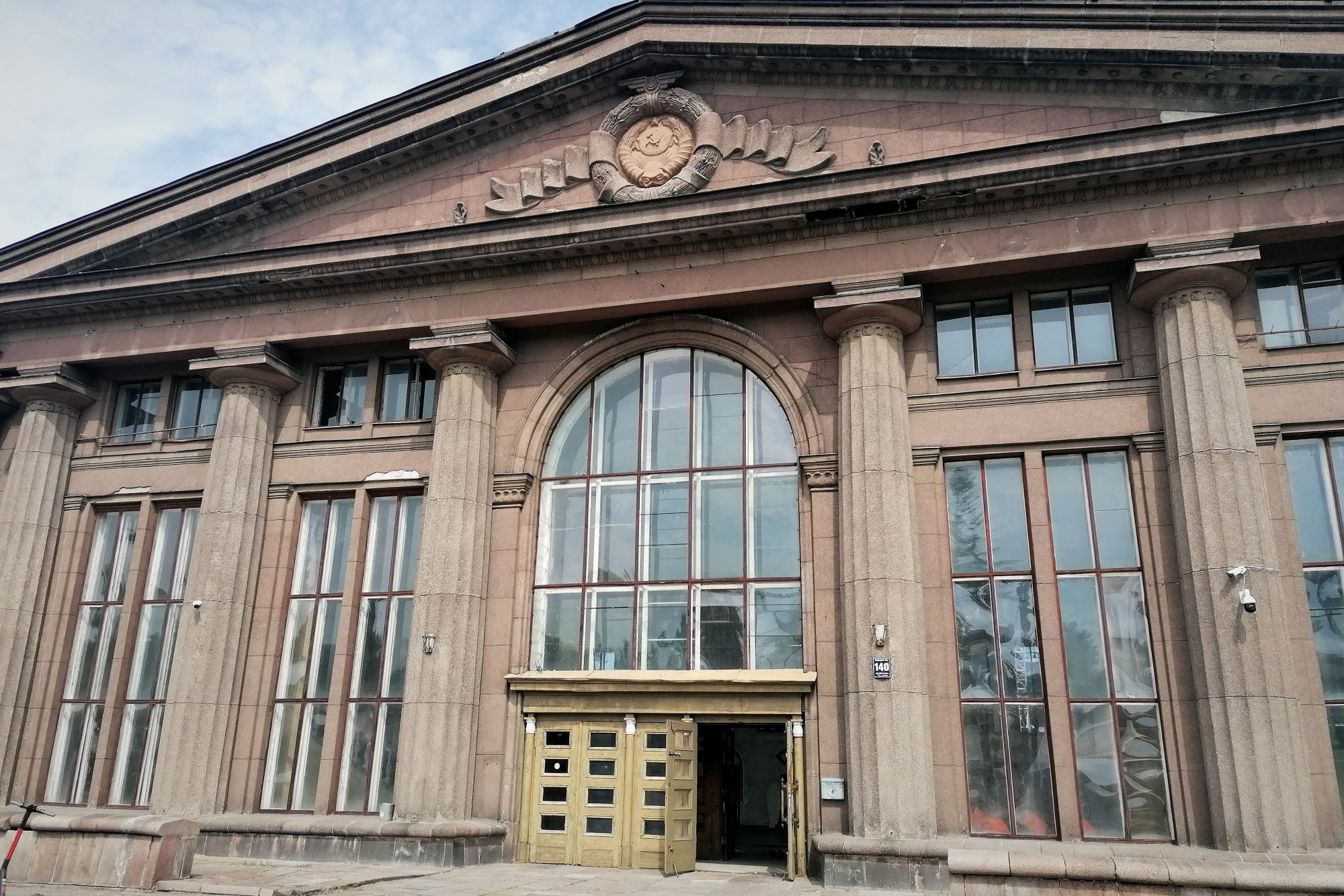 The Soviet past of Latvia is all over at Spilve Airport: Although originally founded in the 1920s, it later became re-designed and packed with socialist iconography. Check here why you should not miss this lost place in Riga!

Have you been to Riga yet? Well, then you probably arrived by car, by ferry or most likely by plane, entering the city at Riga’s modern and shiny new airport in the north of the city.

But if you want to dive deep into history, go to Spilves lidlauks (the airfield of Spilve) and have a look at the old Soviet airport. Originally built in the 1920s, the Soviet authorities rebuilt the airport after Latvia to became part of the USSR at the end of World War II. Spilve Airport was richly decorated with working class paintings and communist symbols. And, obviously, all the writings became bilingual, adding Russian next to Latvia.

Spilve Airport may nowadays be forgotten, but all the old symbols are still there and will throw you right out of time back to the socialist past in Latvia.

The future use of Spilve Airport in Riga is recently discussed. Sometimes art exhibitions take place here, sometimes the airfield is used for festivals. For the nearer future, the city is planning to open a museum of aircraft history. But who knows, the place might as well stay in its recent decaying sleep.

If you want to enjoy the full experience of this lost place in Riga, make sure you catch a day with the old terminal building open (for exhibition, i.e.), as it is normally closed. For transport: Bus No. 3 from the central station will bring you to Spilve. For your way back just have a walk and explore the other side of the river, Pardaugava, where Spilve Airport is located. 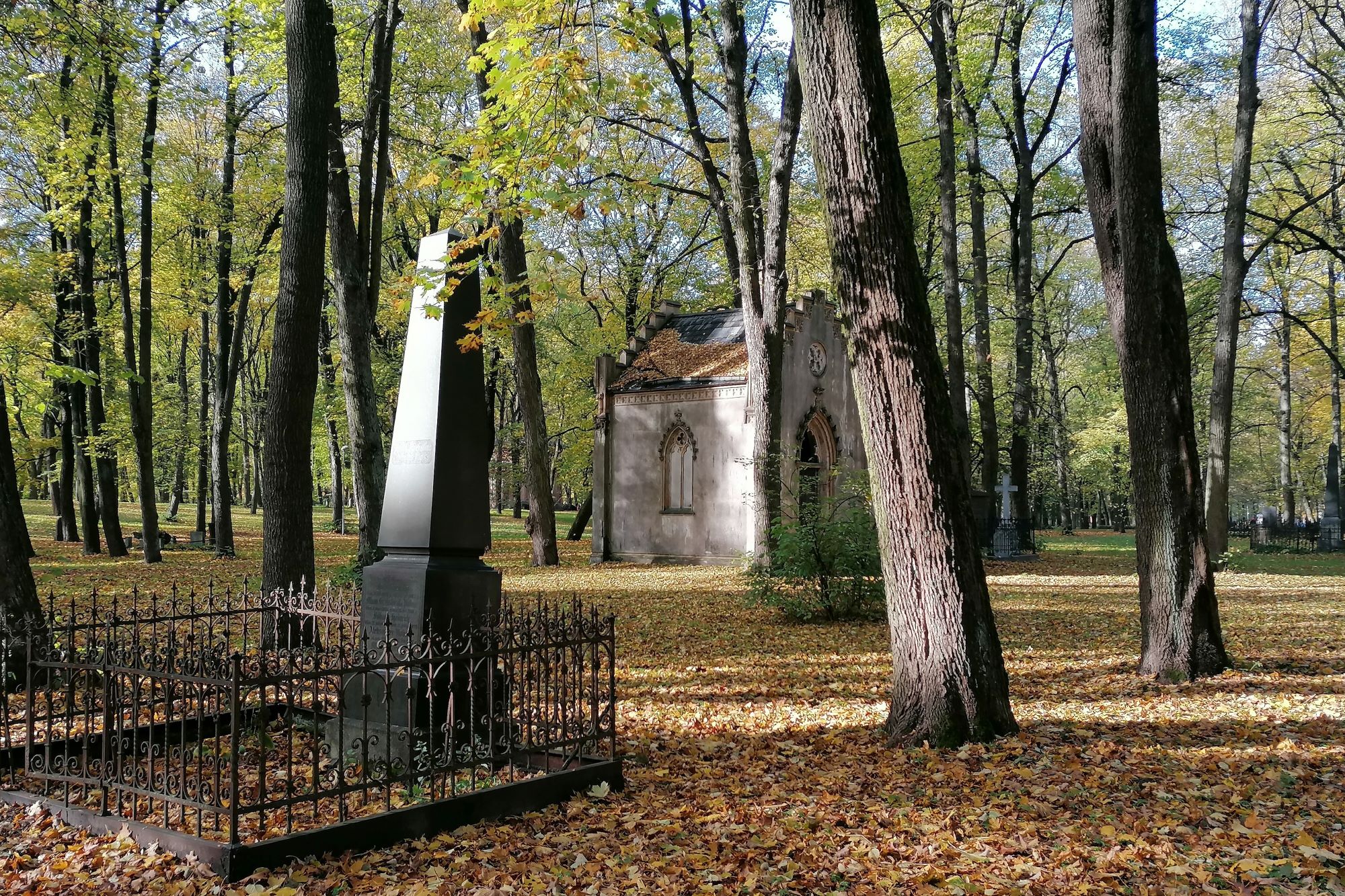 Only a footwalk outside central Riga lovers of lost places will find the former central cemetery Lielie Kapi. Nowadays rather a park, the ruins of graveyard-monuments still give an idea of the multicultural 19th ct. in the Baltics!

Every lost place is special, but this one is really unique: Riga’s Lielie Kapi, the city’s former great central cemetery, will take you to a forgotten past and introduce you to the Baltics multi-ethnical 18. and 19. century!

The graveyard Lielie Kapi was founded in 1772 during Tsarist times under the reign of Tsarina Catherine II. („the Great“). Till then Riga’s dead were buried inside the city, but due to new hygiene standards a order from Petersburg did not allow to do so anymore.

So a new great cemetery was founded a good 30 minutes walk from Old Town next to the rising areas of what nowadays is called Rīgas Centrs. The literary translation of the Latvian word Lielie Kapi does actually mean great cemetery.

Today Lielie Kapi is closed and forgotten by many, only people of the surrounding living quarters use it as a park. However, many of the great gravestones and giant mausoleums do still exist and are worth a visit! A very few of those impressive pieces of history have been renowed recently by private or in some cases public initiatives.

Lielie Kapi always used to be a place for all. Latvians, Russians, Germans, Jews, Estonians – you can still feel the rich multi-ethnic past of 19. ct. Riga. But as most of the dead buried here were part of the upper class bourgeoisie, in the 1960s soviet authorities closed Lielie Kapi and tried to dry it out with a big street, now dividing the graveyard in two halfs.

My personal advices is to go in autumn. The falling leaves and the lost temples of dead make the place macabre and even more picturesque. Or, if you prefer, go for a snowy winter walk and enjoy six feet tall stone crosses and broken angels covered in white.

On your way back to town you might stop at one of the nice little cafés at Miera iela, such as the Café Miera.